Moomoo Review: Advanced tools at no Cost, too good to be true? 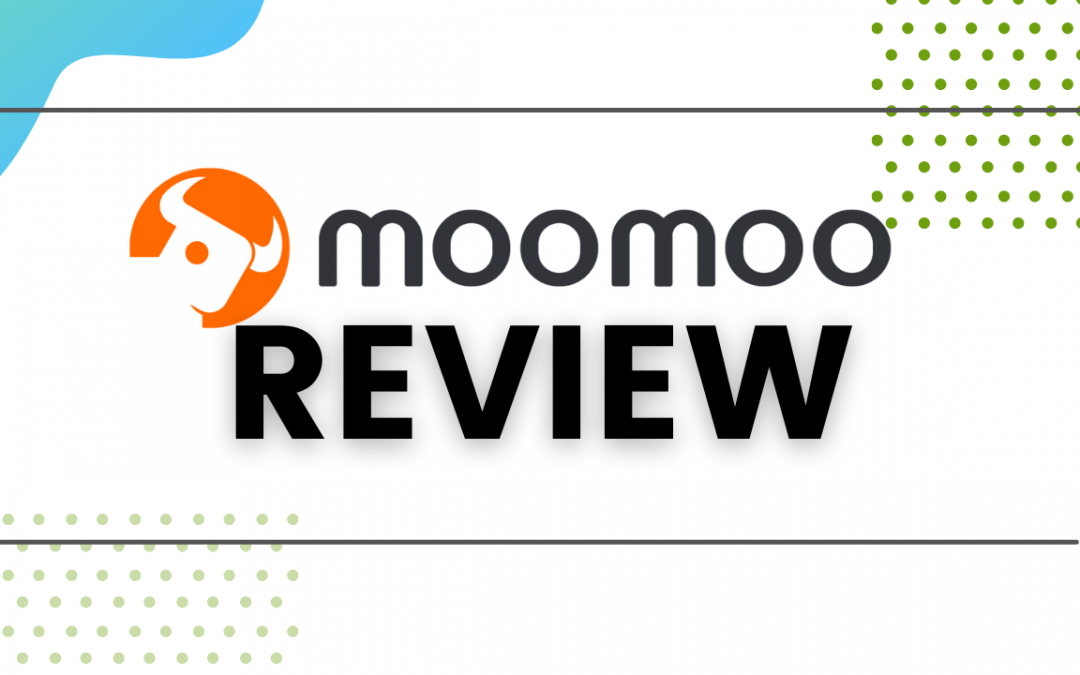 A Competitor in the Zero-Fee Space

Moomoo is yet another app that offers a sleek, simple free trading mobile-first platform. A competitor to apps like Robinhood, Webull, and Public, there isn’t much that sets Moomoo apart when it comes to fees. They’re already zero!

This is a controversial practice because it creates conflict of interest. However, free trading apps likely would not exist without it. Read more about why this practice is controversial here.

Image: Moomoo advertises itself as a “smart trading” app because it offers more advanced tools and expanded features for investors, while still charging zero commission fees. Image from moomoo.com.

Moomoo markets itself as an app that offers more advanced tools for traders who still want a cheap trading option. But are these tools as good as they say they are?

They might just be. Moomoo offers Level 2 trading data completely for free, which is rare to find. Level 2 features are particularly helpful for active traders, since it shows a ranked list of bid and ask prices. Basically, you can see the entire NASDAQ order book. While this might not be helpful to new investors, it’s definitely a plus for active traders and advanced investors.

Another major benefit is their longer trading hours. Users can trade any time between 4 am and 8 pm. Smart orders, including stop-limit and trailing stop-loss, are also available.

This app is great for traders who want access to Chinese and Hong Kong stocks. Most U.S. free trading apps only offer U.S. markets, so Moomoo is a step above in that sense.

Futu Inc., the parent company of Moomoo, is based in Hong Kong. Futu Inc. is a wealth management firm.

Image: A few of the benefits of Moomoo include extended trading hours, a better execution price, and high-volume trading. Moomoo is a good choice for moderate to advanced investors who can leverage more advanced tools to their benefit. Image from moomoo.com.

Moomoo is a highly customizable app. Users can create various alerts which notify them when certain changes happen in the market. For example, if a user wants to know when a stock hits a certain price, they can set it up so that they get an alert in the app and to their phone. We like that this can help reduce the amount of time traders would normally spend checking the markets.

Another way traders can customize their experience is by changing their news feed. In lieu of a Learn section, Moomoo has a News feed within the app, where they post articles on public companies and various financial news from popular news outlets. Users can adjust this feed based on various parameters, so they control what they want to see.

There is no education for traders on the app. New investors will have to get their education elsewhere.

This is similar to other free trade apps like Robinhood and Webull. They do not market themselves as apps that have education built in, so we don’t necessarily think it’s a problem. Traders will just have to ensure they are learning the skills needed to invest.

Moomoo offers app courses, which can help investors better understand how to use all the tools at their disposal with Moomoo.

One learning tool Moomoo offers is paper trading. With a paper trading account, investors can practice trading without having to use actual money. We like that they give this option to investors, as it’s not always available on free trading platforms.

Image: Free Level 2 Market Data is an example of one of the more advanced features Moomoo offers. Normally, investors have to pay for market Level 2 data. Image from moomoo.com.

Moomoo is a relatively new app, but it hasn’t grown in popularity as quickly as other mobile-first free trading apps have. Founded just in 2018, the app is still in early stages.

However, they do not have a shining track record. Their customer service is nonexistent and their Help section articles leave much to be desired. We wonder if Moomoo will do well against competitors in the space, since it’s already a crowded industry in the U.S. However, we don’t want to count them out just yet, considering they offer many valuable features for advanced investors.

Image: The Financial News section offers great resources for investors to use when studying the markets. The news feed includes articles from established, respected news outlets such as CNBC. Image from moomoo.com.

Other than their limited track record and lacking customer service and educational tools, there are a few things to be aware of before trading on Moomoo.

They don’t offer many assets to trade. You don’t have access to bonds, mutual funds, or cryptocurrency.

Also, traders who execute four or more day trades within five business days and have less than $25,000 in their account will be flagged as a Pattern Day Trader.

Beyond those features, Moomoo is not much different from other free trading stock apps. Due to its limited track record, lack of customer service, and nonexistent educational tools, we recommend investors who do not need access to more advanced data or Chinese markets use a different app.

To read reviews of other platforms for U.S. traders, check out our other articles, such as the reviews of Public and Wealthfront.

Image: Moomoo is available on Apple, Android, desktop, and tablet. This image shows the charts displayed on each version of Moomoo. Image from moomoo.com.

Yes, Moomoo is a legitimate trading platform in the U.S. It has a more limited track record than other providers, since it was founded just in 2018.

Yes, you can be sure your funds are safe on Moomoo. They are regulated by the FINRA and SIPC.

Yes, Moomoo is free for traders. You won’t have to pay withdrawal fees, account minimums, or trading fees. There are a few wire fees and phone-assisted trading fees.

How does Moomoo make money?

Like many other free trading platforms, Moomoo makes money on the spread, or the Payment for Order Flow (PFOF). In this somewhat controversial but widely used practice, brokers make money by selling clients’ trades to market makers, who offer better prices for the assets. Read more about Payment for Order Flow here.

Where is Moomoo available?

Moomoo is available for traders in the U.S., China, and Hong Kong.

Can I trade in Chinese markets on Moomoo?

Yes, Moomoo gives U.S. traders access to Chinese markets. This is a major benefit compared to other zero commission apps, which mostly just service the U.S.

Is Moomoo good for beginners?

Can you day trade on Moomoo?

No, you cannot day trade on Moomoo. If you have less than $25,000 in your account and execute four or more day trades within five business days, your account will be flagged as a Pattern Day Trader. Read this article on the Moomoo Help Center to get a better idea of how to execute quick trades without being flagged.

Yes, Moomoo offers free paper trading accounts. Paper trading is a practice environment for investors to try trading without using real money. This is a great way to learn best trading practices and to get more comfortable understanding the markets.

Is Moomoo on Desktop?

Yes, Moomoo has a desktop option.